Why Every Real Estate Investor Should Own Bitcoin 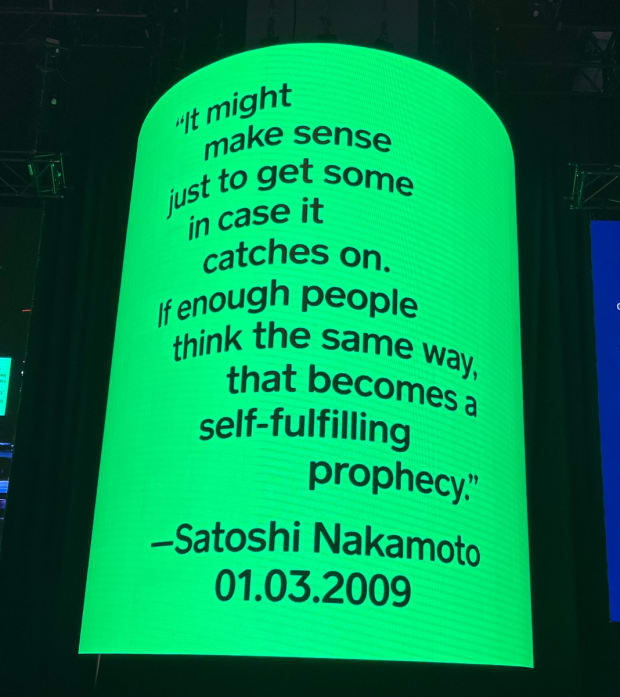 Bitcoin and real estate go hand in hand. One is an illiquid, but physical income-generating asset and the other is a highly liquid, digital asset.

This is an opinion editorial by Leon Wankum, one of the first financial economics students to write a thesis about Bitcoin in 2015.

The following article is part of a series of articles in which I aim to explain some of the benefits of using bitcoin as a “tool.” The possibilities are endless. I selected three areas where bitcoin has helped me. Bitcoin helped me take my entrepreneurial endeavors to the next level by allowing me to easily and efficiently manage my money and build savings. This allowed me to build self-confidence and look to the future with more optimism. I've developed a lower time preference, meaning I value the future, which leads me to act more mindfully in the present. All of this has had a positive impact on my mental health.

When I was new to Bitcoin, so many people helped me that I want to share some of my positive experiences with you. The three-part series includes this article, aimed at real estate investors, as an introduction. Part Two looks at the positive implications for mental health and general well-being when one adopts a “bitcoin standard,” e.g., using bitcoin as a unit of account. Part Three will explain why bitcoin is a better savings vehicle than an exchange-traded fund (ETF), which has been one of the top inflow savings vehicles over the past few decades, and the positive impact bitcoin can have on retirement savings.

Why Every Real Estate Investor Should Own Bitcoin

Bitcoin is digital property and should appeal to any real estate investor as such. Real estate capitalizes on scarcity in the physical realm. Bitcoin introduced scarcity to the digital realm.

Bitcoin established the first instance of digital ownership. Bitcoin is digital property. Digital property rights bring the connection between the internet and the economy into modernity. Therefore, real estate investors whose business is the acquisition and construction of physical property are destined to hold bitcoin as it is the digitized form of physical property. This statement may surprise you, but who would have thought in 1995 that most retail stores would eventually also have a digital business in the form of a website or e-commerce store? Of course, e-commerce websites and retail stores are more alike than bitcoin and real estate, but it's the best comparison to show the need for real estate investors to get involved with bitcoin. I find such comparisons helpful to explain complex and new technologies like Bitcoin in an understandable way and to show why the adaptation of such a technology is important.

As I explained in my article “Why Bitcoin Is Digital Real Estate,” one of the many things real estate and bitcoin have in common is that they both act as a store of value. In theory, owning real estate is desirable because it generates income (rent) and can be used as a means of production (manufacturing). But for the most part, real estate now serves a different purpose. Given the high levels of monetary inflation in recent decades, simply keeping money in a savings account is not enough to preserve its value and keep up with inflation. As a result, many people — this includes wealthy individuals, pension funds and institutions — typically invest a significant portion of their disposable cash in real estate, which has become one of the preferred stores of value. Most people don't want real estate so they can live in it or use it for production. They want real estate so they can store value.

However, real estate cannot compete with bitcoin as a store of value. The properties associated with bitcoin make it an ideal store of value. Its supply is limited, it is easily portable, divisible, durable, fungible, censorship-resistant and noncustodial. It can be sent anywhere in the world at almost no cost and at the speed of light. On the other hand, real estate is easy to confiscate and very difficult to liquidate in times of crisis. This was recently illustrated in Ukraine. After the Russian invasion on February 24, 2022, many Ukrainians turned to bitcoin to protect their wealth, bring their money with them as they fled, meet their daily needs and accept transfers and donations. Properties had to be left behind and were largely destroyed. This could mean that once bitcoin has reached its full potential and people worldwide understand that it is a superior store of value when compared to real estate, the value of physical property may collapse to utility value and no longer carry the monetary premium of being used as a store of value. It may take a long time, possibly several decades, but the probability is there. Therefore, it makes sense for you as a real estate investor to get involved with bitcoin at an early stage. It is well known that those who adopt new technologies first will benefit the most.

Real estate investors are experts at using existing properties as collateral to raise debt for the purchase and development of new properties. As I detailed in my article “Is Leveraging Legacy Assets To Buy Bitcoin A Good Strategy?” using existing real estate to incur debt and buy bitcoin is potentially an even bigger business opportunity as the value of bitcoin is likely to grow faster than the real estate. Thus, a higher return may be achieved. Real estate (fully rented properties) is the perfect collateral for taking on debt to buy bitcoin since rent generates income. Therefore, you never have to sell your bitcoin to pay off debts, instead you can use the rental income. If my forecast seems too bullish to you, you can also use a small part of your real estate portfolio for such a project, so the risk is relatively low, but the upside potential is still large.

Real estate development is highly dependent on the ability to build creditworthiness. Bitcoin can help here too. The continued adoption of bitcoin is fuelled by its superior monetary properties. The increasing adoption is accompanied by a price increase as the supply of bitcoin is limited. There is a positive feedback loop between adoption and price. When demand goes up and supply remains nearly constant, price must increase — mathematically. For you, as a real estate developer, this means that the more bitcoin you own, the more collateral you have to then fund real estate construction in the future. Bitcoin should be part of every real estate investor's strategy as it is a pristine collateral that will help you build your creditworthiness over the long term.

Sensibly using your real estate as collateral to borrow money and buy bitcoin may solve another problem: liquidity. Real estate is an illiquid and immovable asset. In German, real estate translates to “immobilien,” which literally means “to be immobile.” Using your immovable liquidity in your income-generating properties to buy bitcoin can be a good business opportunity — and an option to protect your wealth from confiscation should you need to relocate. Of course, you could just sell real estate to buy bitcoin, but that's a bad idea for two reasons. First, historically money is made from income-producing real estate by buying it and holding it for the long term. Second, a real estate investor typically purchased a property with a loan, so the rental income is needed to service existing debt obligations.

I believe that the “worlds” of real estate and bitcoin will merge sooner or later. Both assets share similarities and complement each other. Real estate is an income-producing asset (rent), but it is very immobile. Bitcoin does not generate income but is highly liquid and mobile. The two are a good match.

In addition, we will most likely not see the same type of returns on real estate investments as we have in the past. Since 1971, house prices have increased nearly 70 times. This corresponds to the “Nixon shock” of August 15, 1971, when President Richard Nixon announced that the United States would end the convertibility of the U.S. dollar into gold. Since then, central banks began operating a fiat-money-based system with floating exchange rates and no currency standard.

Monetary inflation rates have risen steadily ever since. Real estate served as an asset for many to preserve the value of their money. However, bitcoin serves this purpose much better. This can result in two things: First, real estate could lose the monetary premium of being used as a store of value. Second, if bitcoin (digital property) continues its adoption cycle and replaces real estate (physical property) as the preferred store of value, its rate of return will be many times higher than real estate in the future, because bitcoin is only at the beginning of its adoption cycle.

In conclusion, as Satoshi Nakamoto said, “You might want to get some just in case,” or to paraphrase Mark Twain, “Buy bitcoin, they're not making it anymore.”

This is a guest post by Leon Wankum. Opinions expressed are entirely their own and do not necessarily reflect those of BTC Inc or Bitcoin Magazine.