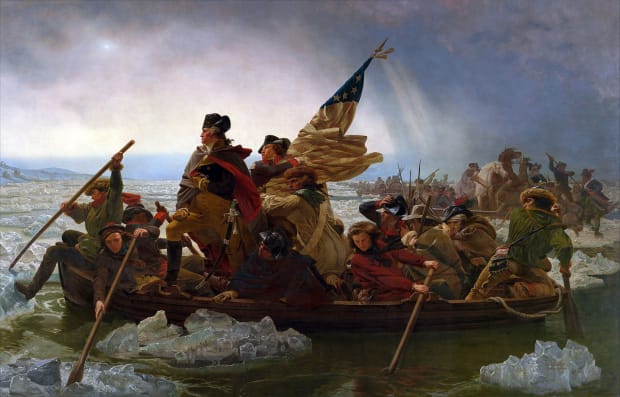 By saving in bitcoin and holding your private keys, you can opt out of a flawed financial system and participate in the world’s largest nonviolent protest.

This is an opinion editorial by Mickey Koss, a West Point graduate with a degree in economics. He spent four years in the Infantry before transitioning to the Finance Corps.

“[P]aper is poverty, that it is the ghost of money, and not money itself.” — Thomas Jefferson

While the Founding Fathers understood the importance of hard and scarce money in the late 1700s, gold’s lack of portability and divisibility ensured that the base money became concentrated in the hands of custodians for convenience and security. The technology simply didn’t exist for anything else. Until now.

Bitcoin is freedom money. Though the Declaration of Independence brought about the slow progress of freedom to the United States, the Bitcoin white paper and subsequent network has the potential to bring freedom to the world. It is a hedge against inflation, irresponsible monetary and fiscal policies alike, but Bitcoin is so much more than that. An often overlooked characteristic of Bitcoin, especially in the Western world, is that Bitcoin is a hedge against tyranny itself.

Bitcoin has the potential to bring about a new age of freedom to the world. A world of cheap and abundant electricity. A world free from coercion, disincentivizing government overreach and violence. The only thing required is a 12-to-24 word seed phrase and a little bit of personal responsibility.

Why Western Nations Are Largely Blind To Bitcoin

With famous paintings dramatizing certain historical events like the Delaware River crossing displayed above, it’s easy to forget how hard-fought our freedoms were won. The reality of the above painting is that, simply put, it depicts the time when George Washington took the Army across a frozen river on Christmas night to kill a bunch of other people in their sleep.

With our war for independence nearly 250 years ago, it’s easy to see how so many people take our freedom for granted. Since the end of World War II in the 1940s, the Westernized nations in North America and Europe have experienced a remarkable period of growth and development, but a lot of people had to die to get to where we are.

The immutable ledger, the peer-to-peer transactability, the lack of need for a trusted third party, all aspects of Bitcoin combine to create the ideal hedge against tyranny. It enables action without violence.

While many argue that bitcoin has no value or no use case, the truth is that it’s been doing its thing around the world for some time. Using the words of prominent Bitcoiner and freedom activist, Alex Gladstein, our financial privilege blinds us to these problems.

In Afghanistan, women have been using bitcoin for years to build financial independence in a country where women are banned from earning or using money.

Recently, a head of state attempted to crack down on a peaceful protest by locking down the bank accounts of not only the participants, but those who donated money to the movement. This was done by executive decree, without the permission of the country’s legislature.

When those attempts failed, assisted through decentralized bitcoin crowdfunding, the Canadian Prime Minister ordered police to clear the area, ultimately breaking up the protest through implicit threats of violence and deprivation of liberty. The country is not some dictatorship in a developing nation, it’s Canada — a developed, Westernized, liberal democracy. At least, it used to be.

With “price stability” being one of the primary jobs of central banks, it seems like they’re not doing a very good job of it. You see, inflation is just the iteration of compound interest with a negative return: exponential decay instead of exponential growth. Most years, it’s barely noticeable, but it’s become more and more obvious recently. It’s why people who only save become poor; the reason why you are forced to become a professional investor if you have any hope of retiring in old age.

We discount the utility of bitcoin because our governments are relatively stable, our financial system is mostly reliable and our society is relatively peaceful. Everything is fine until it isn’t. Just ask the Canadian truckers.

While a Canadian-style asset lockdown in the United States is incredibly unlikely, the fact that it’s even possible — that we have to trust others to let us use our own money — is a glaring flaw in the system.

By the time we actually need bitcoin in the United States to ensure our freedom, it’s likely going to be too late to get some in an easy or straightforward manner. That’s the purpose of hedging, of insurance. You don’t call Allstate to get a quote after getting rear-ended in the street. You don’t buy bitcoin because your bank just froze your account. You have bitcoin to ensure these things never happen in the first place.

We Hold These Truths To Be Self-Evident

Besides Bitcoin’s 21 million hard-cap supply, perhaps one of the most scarce assets on this planet right now is freedom. For nearly two and a half centuries, people have risked everything to come to America. Maybe it doesn’t have to be that way anymore; maybe a decentralized army of sovereign individuals can help tip the scales toward a more free society across the planet.

By saving your life energy in bitcoin and holding your own private keys, you can choose to opt out of a fundamentally flawed financial system and you can participate in the world’s largest nonviolent protest. You can now hold your money in a system completely outside the control of any government, disincentivizing violence and coercion on a global scale.