With Bitcoin Price Slipping, Are Miner Selloffs To Blame? 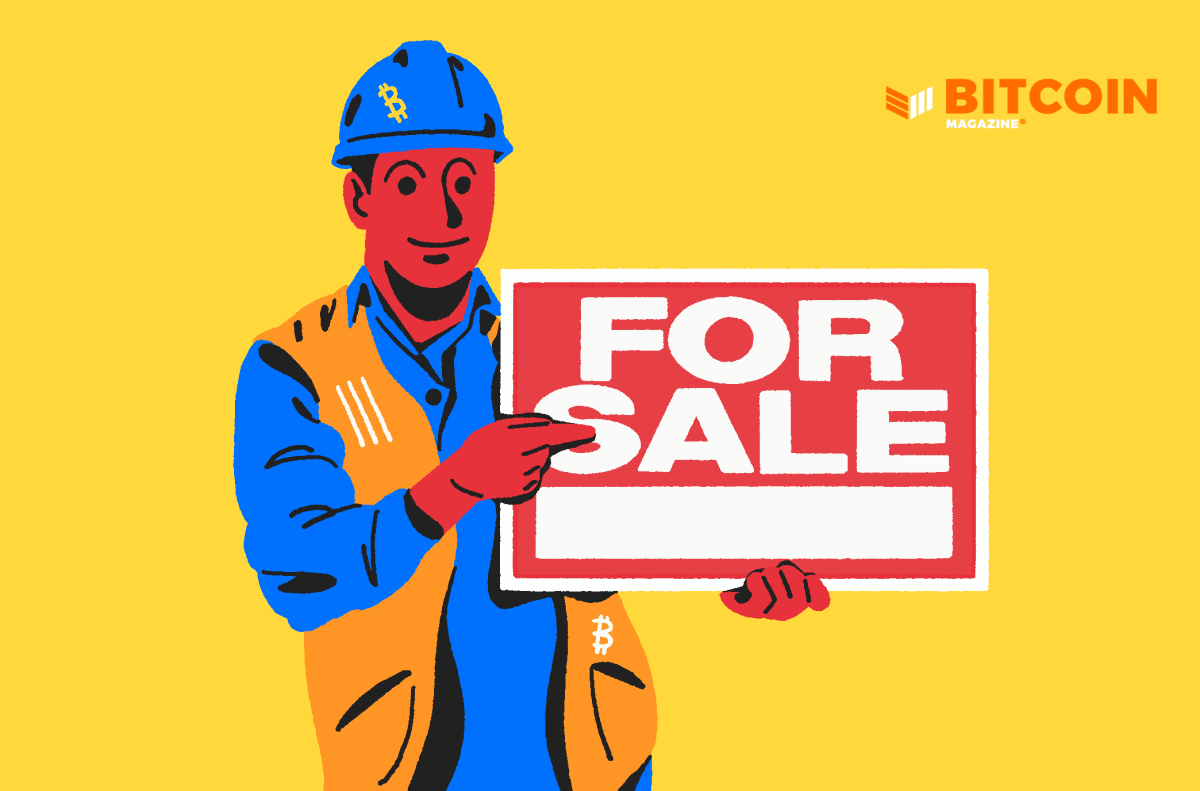 Bitcoin’s price is sitting well below its record highs and some miners are selling more coins than usual. But should investors be concerned?

When the bitcoin price slips into a prolonged downtrend as it has since its record high set in late 2021, all types of investors start pointing fingers at whomever seems the most likely culprit for the selloff. Are whales manipulating the market? Are paper-handed normies dumping their bags? Are Wall Street suits suppressing the price? Nothing strikes fear into the hearts of the Twitter masses, however, quite like the phrase: “Miners are selling.”

And it’s true: miners are selling, but that’s no reason to panic.

This article explains some of the nuances behind historical miner selling habits, examines some recent announcements of bitcoin sales by miners and reviews why miners selling their coins is a natural and healthy market dynamic.

Which Miners Are Selling Their Bitcoin?

Several high-profile mining companies have posted announcements or made comments during earnings calls about their recent selling activity. Riot Blockchain sold 250 BTC in April to generate roughly $10 million in cash. Core Scientific told investors it has been selling some coins throughout the year and that we should “expect that will continue to be the case.” Marathon Digital also told investors it is willing to sell some coins “as needed for treasury management.” Cathedra sold 235 BTC in May as part of recent measures to “reduce risk and strengthen its balance sheet.”

On-chain analysis of bitcoin held by mining entities also shows a slight decrease in holdings. Coins stored in addresses one hop from mining entities (i.e., usually anyone with an address that receives payouts from a mining pool) has fallen 2.5% since January from 2.6 million BTC to 2.54 million BTC, according to data from Coin Metrics. Supply held by zero-hop addresses totals 1.79 million BTC, down 0.1% over the same period, per the same source.

Why Are Bitcoin Miners Selling?

Reasons for the treasury management decisions that any mining company makes can vary widely. But at a basic level, when the dollar value of a coin is lower, miners may have to sell a few more coins to cover the same operating expenses. And with hash price — a measure of revenue per unit of hash rate — falling steadily, some miners might be selling a few extra coins to bolster their rainy-day funds.

Self preservation is wildly different from bearishness, however. Miners are still discovering new blocks every 10 minutes. Roughly 900 BTC are still being mined every day. Miners are doing their jobs. Selling a few extra coins to ensure they can continue performing these tasks should be welcomed, not made to be the cause of hysteria.

Who Cares If Bitcoin Miners Are Selling?

Recent selling by miners is only newsworthy because the market is disgruntled and prices are down. The truth is miners are always selling bitcoin regardless of market conditions. Holding every mined coin is only a realistic option for miners with external revenue sources to fund their operations, like a home miner with a salary or a large institutional miner taking loans. Long-time bitcoin miner Kevin Zhang, for example, told Twitter about some early years in his mining career when his team would sell 2,000 BTC per month to cover electrical costs.

The effect that miner selling has on the market, however, especially in the current landscape with liquid markets and sophisticated traders, is negligible to the extreme. At current prices, the daily average number of newly mined coins (900 BTC) is worth roughly $27 million. Bitcoin’s 24-hour trading volume was over $11 billion at the time of writing, according to data from Kraken’s Cryptowatch. Assuming miners market-sold every single new coin from a given day, the amount would represent barely 0.25% of a single day’s total bitcoin trading volume — absolutely no one would notice.

In fact, market data shows that no one notices. For example, in early 2021 when a relatively significant reduction in miner holds was detected in on-chain data, bitcoin’s price didn’t just not react. It saw a strong rally. In short, miners have nearly no effect on the market. This fact makes even more sense in comparison to the gold market, where miners typically liquidate everything they mine. And yet, global markets for the yellow metal have survived and even thrived for thousands of years.

Shifts in the bitcoin market cycle are made apparent when everyone focuses on miners who sell compared to ones who market-buy bitcoin. For example, in January 2021, Marathon Digital made headlines for market-buying $150 million in bitcoin on top of the coins its facilities were mining. Argo Blockchain also sold some of its cash for bitcoin around the same time.

Consider what the bitcoin economy would be like if miners never sold, which seems to be a scenario many bitcoin investors would like. There would be no bitcoin economy. No one except miners would own any bitcoin, and no one could access bitcoin except through mining — and even after mining, the coins couldn’t be spent on anything.

With a lower price and marginally worse mining economics, everyone panics when a headline says miners have sold some coins. But bitcoin miners are the ultimate bulls who consistently sit in one of the most heavily-leveraged, long-bitcoin trades in the market. Some selling by miners is necessary, healthy and absolutely no reason to panic.