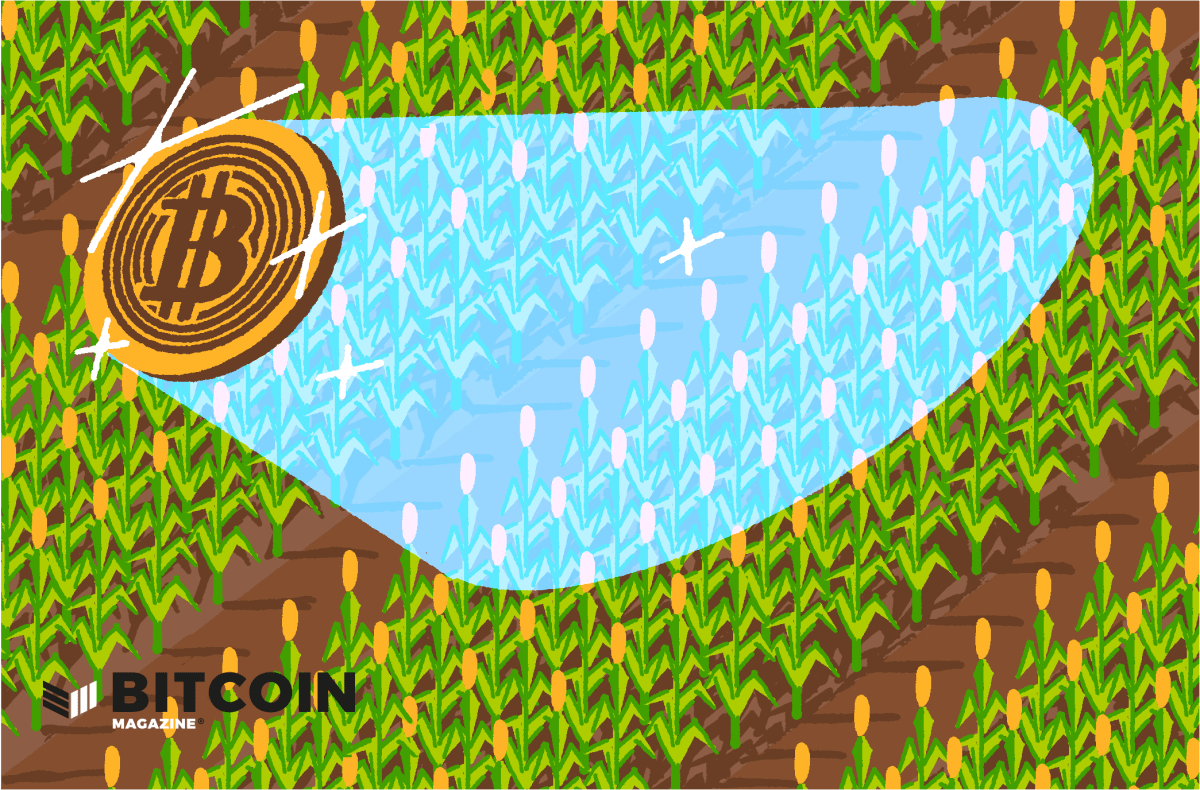 As costs continue to rise, one farmer began mining bitcoin. He shares his experience in order to help other farmers who find themselves in a similar situation.

This is an opinion editorial by AlbertaHodl, a Canadian dairy and beef farmer and a passionate bitcoin miner.

This is a farmer’s perspective on why it is a good idea to mine bitcoin.

I was born and raised on a farm. I acquired an economics, business and hard-work degree without actually finishing any post-secondary schooling. Times were tough. My dad split the farm with his brother in 1998. As a 10-year-old, I busted my ass along with my 13-year-old brother because we didn’t have a choice. Money was tight. Interest rates had finally reached “normal” levels and commodity prices were not great, but life was good. Since then, we have been able to successfully expand our operation, buy bigger and better equipment, more land and more animals. Here we are today, in the same boat as a lot of other farmers and ranchers: Big enough to earn a living, but wondering what to do now.

Land around us is pushing $15,000 per acre. Regardless of where you farm, the costs are getting out of hand. New and even used equipment is starting to seem out of reach and low interest rates were about the only positive thing if you needed a loan. Well, kiss that goodbye. When you add on political regulations, fertilizer and labor costs, many of us farmers are reconsidering the next item on our ever-growing wish list. It’s pretty tough to sum up a generic return on investment that includes inputs, irrigation costs, seeding costs, etc., but any farmer is well aware of the long-term investment that equipment, land and animals are. Land doesn’t even pay itself off, but we justify it by using the rest of our operation’s income to squeak in one more parcel, a few more pairs of animals or that bigger piece of equipment that will save us time and money in order for us to buy another tractor, seeder, sprayer, a few more pairs of animals or that one more precious field.

It’s a continual cycle that we have grown accustomed to — a fiat mindset of the modern-day slave. Cheap credit incentivizes borrowing for the boat, the toys, the bigger house, etc; it never ends.

As a lifelong farmer, I understand the hesitancy of exploring other options, doing something new, going outside of our comfort zone. I really do. Bitcoin? Heard about it in 2017. It sounded like a scam, so I didn’t bother to look into it.

2020 came around and our family farm was shaken by the politics surrounding COVID-19. We were at a loss. Nothing made sense. The world, and especially Canada, seemed to be going to shit. We had our faith and I cannot begin to explain how much that played a role in our sanity and confusion through the difficult times we were facing. Like many farmers, we were asset rich, but cash poor.

Through the ups and the downs, I stumbled across Bitcoin. Little old me, out in the country, starting to learn and understand money, the timechain, cold storage, proof of work — all the things related to Bitcoin.

Trying to learn as much as I can has made my head spin at times, but I felt hope right away. Bitcoin is hope! My goal is to show why bitcoin is a good investment and good for you if you understand it enough to HODL.

Multigenerational farms naturally have a low time preference so if you understand Bitcoin, then why not start mining the asset that is harder than the land we farm? Being Canadian, property rights have very quickly become a glaring concern.

Since the Justin Trudeau-led government froze bank accounts, many people have woken up to the fact that nothing is really their own anymore. We don’t own our money and we can’t own property without paying multiple taxes. If we have a good year and make lots of money, we have to pay even more taxes. It’s a vicious cycle.

Farmers and ranchers always rely on hard assets for retirement, but watching farmers in the Netherlands and Europe getting bought out as regulations and high energy prices force their hand is a reminder that only bitcoin can truly be yours. This has many of us thinking that maybe the assets that we plan to use for retirement and pass down to our children aren’t quite as safe as we once thought.

Most farmers are looking at a time frame of 10-20 years for return on investment. We now have an option that may return that in much less time. We will gladly buy the neighbor’s farm or field with interest rates at 3-5%. Is it time to consider taking the down payment going toward the next long-term investment and instead buy a shed, some ASICs, a few fans and start a personal stack free of know-your-customer (KYC) tracking? Instead of another $500,000 loan for land, you could take out a smaller loan to get bitcoin mining machines going. There are many benefits: lots of rural power available, machines are a business tax write-off, so instead of buying that nitrogen at $800 per ton, that expensive piece of farming equipment or some more animal pairs, you buy some miners.

Hypothetically, the bitcoin mined could be distributed to whomever you want. Maybe it stays on the farm balance sheet. Maybe it’s part of your succession plan and goes to your kids. Maybe it becomes your retirement savings. That’s the beauty of bitcoin! You get to decide.

If you are running any sort of successful farm, you should be able to deduct the power bill from other income. So even in bear markets when the hash price drops drastically, you can justify keeping machines running. Instead of putting your heart and soul into another piece of land, maybe start mining instead. There are no hail issues, calving problems, drought years or unseen input-cost headaches. You lock in your power, get your electrician to run some wire and some ethernet cord, add some fans and you’re getting a return on investment.

The labor to keep a bunch of ASICs running is much less than one hour per week using grid power. And the machines have the potential to pay out in the hardest asset in the world!

When I first proposed purchasing some bitcoin using our farm’s treasury, my father was beyond skeptical. It was something he didn’t understand, but he did see the need for a sound money that couldn’t be inflated. After numerous conversations, we purchased some to hold on the farm’s balance sheet. We kept going down the rabbit hole and used some of that bitcoin to purchase miners. Over the next month, it was late nights of building out the shed, the tunnel, running wires and waiting for the machines to arrive. The setup was a bit overwhelming at times and relied heavily on a few very helpful Bitcoin Twitter friends to work through the kinks.

Finally, we were hashing. Then came the moment I was waiting for: My Dad said, “Hey, if this bitcoin thing really takes off then my succession planning for the non-farm kids will be a whole lot easier.” He’s at retirement age, yet he understood the implications of a monetary system out of the control of the State.

Not sure where to start? I’m a millennial that hardly uses a computer anymore, but I was able to figure it out. Not sure about power, ethernet and airflow? Talk to an electrician for help with the power needs and reach out to myself or a number of more knowledgeable people on Bitcoin Twitter. Many people took time out of their day to give me suggestions and advice. Mining is not as difficult as you’d think and ASICs are cheap right now. Write them off as business expenses, spend some time researching and start acquiring satoshis.

As a farmer, I always want to trust people, but one of my biggest worries was getting my hands on miners without getting scammed. I hardly knew what bitcoin was, let alone how to transact with it. I was terrified of losing our farm’s bitcoin. Fortunately, I listened to a John Vallis podcast with Steve Barbour from Upstream Data. The way Barbour talked about business operations, economics and integrity immediately gave me a feeling of trust.

I reached out to Upstream Data and asked if they could hook me up. For me, a big part of the deal was being able to pick them up in person at their warehouse; the key, I suppose, was to verify instead of just trusting them. I knew they put trust in me as well if they were willing to have me pick up the miners at their facility. They did their part and I was more than happy to make the drive and pick them up and have a couple beverages with the guys. There are many reliable suppliers out there and I’m not going to say one is better than another.

Currently I’m trying to acquire access to some natural gas wells that have been abandoned on and around our property. Imagine the cost minimization if you don’t have to pay for power from the grid. Imagine creating value from the Earth’s core with no permission.

To summarize, with all the uncertainty in the world, property rights seemingly disappearing, a broken monetary system, inflation skyrocketing, high interest rates, what do you have to lose by putting a small percentage of your operation’s profits into an investment that potentially returns in two years or less? The only labor involved is keeping some computers running. I’d say there is a much larger risk borrowing lots of capital to purchase land or equipment.

Best-case scenario is you start a personal, non-KYC stack, writing the power and ASICs off through the company. That gives you financial freedom for generations to come, anywhere in the world.

All it took was a couple messages of encouragement on Bitcoin Twitter to light a fire under my ass. What’s stopping you?

This is a guest post by AlbertaHodl. Opinions expressed are entirely their own and do not necessarily reflect those of BTC Inc or Bitcoin Magazine.