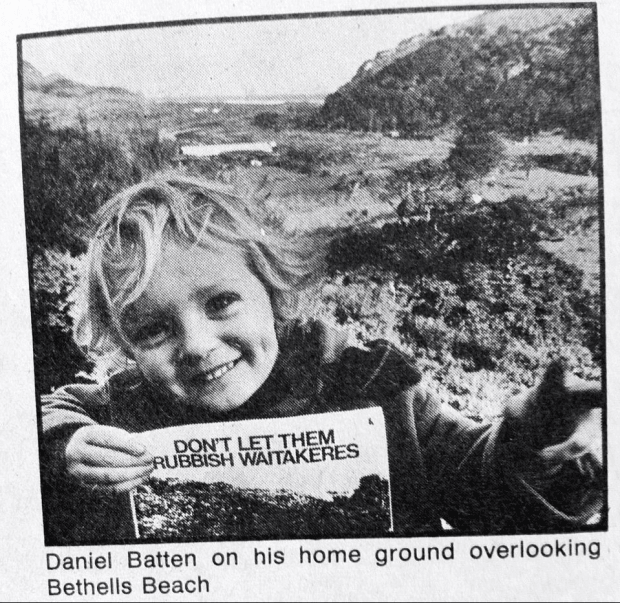 This is an opinion editorial by Daniel Batten, a Bitcoin ESG analyst, climate tech investor, author and environmental campaigner.

Growing up in the ’70s, our local council tried to put a rubbish tip into our coastal New Zealand community. The whole community came together — not just to fight a common enemy (and win), but to discover the power of what is possible as part of a grassroots movement, which is impossible alone. In years to come most of that community, including myself, would go on to become voices for humanitarian and climate justice.

Fast forward to October 2022: I would never have imagined I would be part of a community of environmentalists defending the environment against Greenpeace USA.

A period of intensive data analysis six months earlier had led me to the inescapable conclusion that Bitcoin was a net positive to the environment, but powerful forces were at work to hoodwink the world’s environmentally-minded through a seemingly orchestrated misinformation campaign. The misinformation was strong enough that I initially fell for it myself.

In a world where the hobby website of a paid employee of a central bank is treated as canonical truth by mainstream media, right up to the White House and conflicts of interest evades mainstream media scrutiny, there have been precious few public relations victories for the Bitcoin community when it comes to the environmental narrative.

“Bitcoin uses too much energy,” has become the new “immigrants are taking our jobs”: the incantation of vested interests and the hoodwinked who, wittingly or unwittingly, stoke the fires of populism with sound bites over sound analysis.

What we are seeing is not new.

We saw the tobacco industry influence medical opinion for many years about the safety of smoking. We saw the print media criticize the environmental credentials of the internet, predicting it would cause coal factories to fire up worldwide. Today, it’s unsurprising that central banks that want their central bank digital currencies (CBDCs) to be the future of digital currency, not Bitcoin (which disintermediates central banks), should happily fan the fires of doubt about Bitcoin using environmental credentials as its attack vector.

In this historical context, it is no surprise that Ripple’s executive chair Chris Larsen, among others, paid $5 million to launch a Greenpeace USA campaign attacking Bitcoin’s energy use. And Ripple is not just another altcoin, it is launching its own CBDC pilot project. CBDCs and Bitcoin represent fundamentally-competing visions for our digital currency future.

Nor should we be surprised that seemingly no mainstream journalist has publicly questioned either Larsen or Greenpeace about an evident conflict of interest.

But despite the money, the compassionate pass from mainstream media and a well-trained in-house media team that did its best to neuro-associate Bitcoin with stock video footage of climate catastrophe, Greenpeace USA’s campaign did not go well.

The “Change The Code” campaign actually energized and galvanized strong environmentalist voices within the Bitcoin community including Troy Cross, Margot Paez, Adam Wright and others.

It motivated podcasters such as Bitcoin Archive, Pomp and Crypto Birb who had not previously examined the environmental benefits of Bitcoin to start doing so.

It was also the catalytic moment that took me from being a read-only Twitter user, to becoming one more outspoken voice for the environmental merits of Bitcoin.

Greenpeace USA had the opportunity for a strategic retreat, but it did not take it.

Instead, in September — timed seemingly for after the Ethereum merge — Larsen and others spent an additional $1 million with Greenpeace USA to intensify the attacks on Bitcoin.

This time, the backfire was even more pronounced.

Tellingly, no other branch of Greenpeace seems to have retweeted any of the “Change The Code” campaign since September.

Organizers set up a Change The Code Twitter handle which spent many months limping to 1,300 twitter followers — 80% of whom seem to be Bitcoiners based on their profile descriptions.

With the clockwork relentlessness of an oil pumpjack, the account continues to grind out near-daily anti-Bitcoin sound bites, only to see nearly every tweet ratioed by about 20:1 by the community.

It has proven a valuable resource for Bitcoiners. Not only is it very useful to see all the misinformation cataloged in one place but, more importantly, each time a tweet is ratioed, it allows Bitcoiners to educate themselves and others in the community about how to counter Bitcoin misinformation.

Willy Woo calculated the campaign lost for Greenpeace at a minimum of $7.1 million in subscriptions worldwide. The brand and reputational damage will likely have been much more, and take much longer to recover from.

While outwardly Greenpeace USA will shrug shoulders and say “Well, you always lose some supporters on direct action campaigns, and Bitcoiners are vocal on Twitter,” behind closed doors its executive management will be asking “What went wrong?” in what has been an unprecedented social media catastrophe.

So, Why Did The ‘Change The Code’ Campaign Perform Badly?

The first foreboding signs came one year earlier. In the only level playing-field debate on if Bitcoin is a threat to the environment — a predominantly anti-Bitcoin general audience swung 17.9% to become predominantly pro-Bitcoin after just one hour of hearing for the first time not just a central banker’s narrative, but a Bitcoiner’s right of reply, according to a calculation of voters from the user forum on the video itself.

Plus 17.9% is a swing of gargantuan proportions.

The second alarm bell for Greenpeace USA was much closer to home. Greenpeace’s base is 18 to 34 year olds. While this age group is twice as likely to think climate change poses a serious threat they are almost twice as likely to hold bitcoin as the rest of the general population.

Greenpeace’s direct action campaigns typically target large corporations with something to hide. Greenpeace USA also miscalculated what would happen when it took on a grassroots movement with nothing to hide, and an untold story to tell.

It wasn’t supposed to be like this. Cross warned the Bitcoin community in July that Bitcoin’s antagonists were waiting for the merge so they could chorus “Ethereum has proven it can do the right thing for the environment, now it’s Bitcoin’s turn.”

It seemed the antagonists of Bitcoin were expecting this to be the turning of the tide, where they triumphantly cried, “Ethereum has proven it can do the right thing for the environment, now it’s Bitcoin’s turn” to a choir of cheerleaders.

They did not expect the reply: “Bitcoin is now the only major cryptocurrency that can become an emission negative network.” Nor did they expect the supporting data, showing that 7 megawatts (MW) of vented-methane-based mining per month is all it takes to make the whole Bitcoin network emission negative by December 2024, a monthly rate already surpassed using flared methane power.

As for Bitcoiners, we can celebrate this moment. It is not the final battle. Not even close. The opponents of Bitcoin will re-gather stronger. We can expect new missiles of misinformation, new angles of attack vectors.

But they have also learned that in an open forum where the right of reply cannot be censored, the truth will shine: social media is one stadium where they cannot win.

If Greenpeace USA introspects deeply, it will realize that we are on the same team: Bitcoin is a reflection of its own core values, not just a financial sovereignty movement, but a human rights movement and an environmental movement built on Satoshi Nakamoto’s vision of peer-to-peer solidarity, returning power to the people algorithmically through the proof-of-work consensus mechanism.

It will come to understand that Bitcoin is hope for non-violent revolutionaries in the environmental movement who seek to end the petrodollar, usher in a world that is not based on the excessive consumption that inflationary (fiat) currencies incentivize, stabilize the intermittency of renewable energy, find a home for new solar and wind on the grid and mitigate methane.

Bitcoin cannot fix the environment. Only people can do that. But Bitcoin was created to help the people, and that spirit of its founder lives on in everyone who is behind it.

The environmentalists within the Bitcoin community are growing rapidly, in number and in valor. Just like that coastal community of the ’70s, each attack serves only to energize and galvanize us, creating new voices for humanitarian and climate justice.

This is a guest post by Daniel Batten. Opinions expressed are entirely their own and do not necessarily reflect those of BTC Inc or Bitcoin Magazine.