Think Before You Sell Your Bitcoin 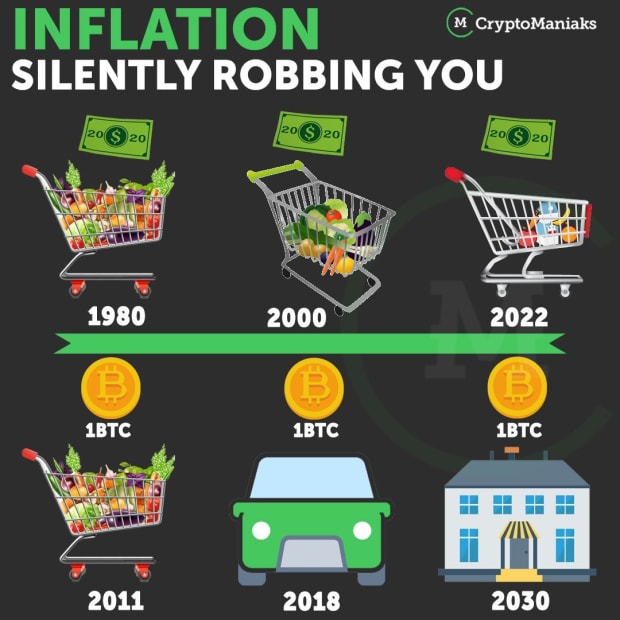 The entire world is in the midst of financial calamity unlike most alive have ever seen. Is the middle of the bear market the time to sell your bitcoin?

This is an opinion editorial by Robert Hall, a content creator and small business owner.

The last few months have not been great for the bitcoin price. Bitcoin continues to languish around the $19,000 to $24,000 range with no end in sight. Bear markets are a time when your conviction will be significantly tested. People new to bitcoin may think the economic pain is too much and want to tap out to cut their losses. Others will see the price of bitcoin hanging out in the doldrums and decide not to buy.

The experienced HODLer will see this as a glorious opportunity to buy as much bitcoin as they can because they understand that bitcoin is tremendously undervalued.

My question to anyone considering selling their bitcoin during this bear market is: What are you getting in return?

Exchanging your bitcoin for dollars might seem like a good idea in the short term as the Federal Reserve continues to raise interest rates to combat the inflation it caused in the first place.

You are cutting off your nose to spite your face. The dollar will always depreciate long-term regardless of what the Federal Reserve says or does. A depreciating dollar is a feature for bitcoin, not a bug.

What seems like a better deal for you and your family? Holding an asset poised to multiply by 100 times over the next few decades or something that will lose close to 100% of its value by design?

How Long Until The Dollar Collapses?

No one knows how long the U.S. dollar can continue to be the world's reserve currency, but one thing is for sure: The dollar's days are numbered. Politicians on both sides of the aisle abused the U.S.’s extraordinary role in the global economic system to print the money every country used for trade. How stupid do you have to be to screw something like this up?

Instead of being good fiscal stewards, politicians used the dollar's position as the world reserve currency to run up unsustainable debts that will never be paid back. Entitlements such as Social Security and Medicare are the main drivers of our ballooning national debt and will only worsen as the baby boomers age. These programs only exist because the dollar is the world's reserve currency. The United States’ debt-to-GDP ratio stands at a staggering 127%. This amount of debt can't go on forever. When you factor in higher interest rates on short-term debt that the government will have to roll over, you begin to understand the dire situation we are in.

The government's only option is to kick the can down the road again and crank up the printing press. With inflation running at a 40-year high, what happens when the money printer fires up? Higher inflation numbers.

The U.S. is in the beginning of a debt spiral which will end with the dollar becoming as worthless as other fiat currencies have in the past. It may take five, 10 or 15 years before people lose complete faith in the dollar, but it's happening and will come to a head during our lifetime.

The Democrat and Republican parties are unwilling to unwind entitlement programs driving the debt before they destroy the government's balance sheet because they fear being voted out of office.

Talk about high-time-preference thinking! They are willing to risk the complete bankruptcy of America because they don't want to lose power. This is how strong the money printer's effect is on the average politician.

Save Yourself While You Can

This bear market may be the last time you can stack a significant amount of bitcoin before the masses notice something amiss and scramble for the bitcoin lifeboat. If you have free cash flow, putting some of that into bitcoin will ensure your wealth is protected when shit hits the fan.

The best thing anyone new to Bitcoin can do is to educate themselves about Bitcoin’s core value proposition. Once it clicks, the whole world changes. It is like having a veil being lifted from your eyes and you can see the fiat world for what it is: corrupt, inept and greedy.

Bitcoin restores order in a chaotic world and will empower the world to make positive changes for humanity. So before you exchange your bitcoin for dollars, understand what you are giving up in return. Do you still feel like it is an even trade?

This is a guest post by Robert Hall. Opinions expressed are entirely their own and do not necessarily reflect those of BTC Inc. or Bitcoin Magazine.