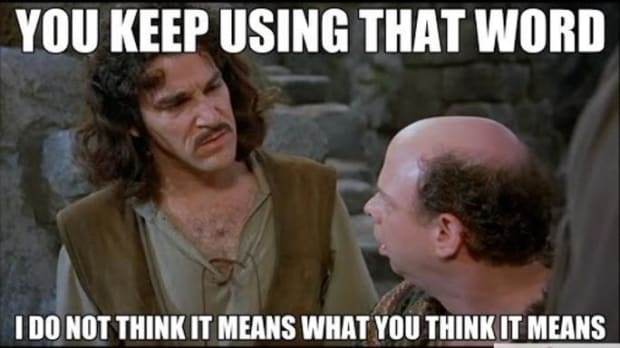 The Progressive party does not always represent progressive ideals. Bitcoin is one such example where the values of progressivism do not align with politics.

This is an opinion editorial by Logan Bolinger, a lawyer and the author of a free weekly newsletter about the intersection of Bitcoin, macroeconomics, geopolitics and law.

As Bitcoin continues to infiltrate U.S. politics and policy, debates about which political party is more naturally aligned with the orange ethos have proliferated and intensified. The increasing number of self-described Progressives entering the space has catalyzed some heated discussions about how Bitcoin fits into the ideology of the political left. Is Bitcoin Progressive? Is it fundamentally not Progressive? Is it something else? To understand why these may not even be the right questions and why many (though not all) Progressives seem to struggle with Bitcoin, we should refine some of the partisan language and identifiers that tend to constrain our thinking. To the point, it’s high time we disentangle capital “P” Progressivism from lowercase “p” progressivism.

I firmly believe that Bitcoin, though harmonious with purportedly Progressive ideas, ultimately transcends the ossified, two-party paradigm we have in U.S. politics. Nevertheless, it’s obvious that skepticism from the politically left-leaning cohort, specifically Progressives, remains acute and intractable. So what’s the problem here? Why do folks who identify politically as Progressives vilify Bitcoin, a technology that credibly addresses many of their professed concerns and priorities? It’s a vexing question and it has been examined by a number of Bitcoiners who have come to the space from the left (myself included). There is certainly an element of over-trusting the machinery — and overestimating the competence — of the state and misunderstanding how money works, but I think there are some other things going on that are discussed less. I want to put some of those thoughts on the table.

First, I think it’s useful to articulate some definitions, since “Progressive” connotes different ideas to different people. Let’s begin by distinguishing between progressivism and Progressivism. While it probably seems like these two concepts are synonymous, their real-time divergence is an obvious issue with the latter as a politically formalized advancement and advocacy of the former.

Let’s start with lowercase “p” progressive. What does this mean? I would argue that it ultimately refers to prioritizing the improvement of aggregate quality of life and a willingness to modify or transcend existing systems to do so. This is to say the ideas and the ideals drive the bus, and whichever tools are most useful are the ones most readily utilized. I’m aware that this definition is a bit loose, but I think that’s part of the point. Personally, I would argue that quality of life requires and demands the preservation and maintenance of a certain degree of sovereignty. I would also argue that quality of life doesn’t have to be a zero-sum, closed system in which the only way to increase it for one cohort is to transfer it from another.

Whereas no one expects Republicans or Democrats to necessarily operate with an uncorrupted philosophical coherence and/or moral consistency, I think there are many who do sort of expect Progressives to act in that manner. However, like both Republicans and Democrats more broadly, I would argue Progressives have drifted from some of the first principles that putatively underpin their ideology. This type of drift seems inescapable in our politics and is an argument for trying to break through and move beyond our old partisan paradigms.

In sum, progressive does not equal Progressive. Sometimes it does, but it is certainly not true that Progressives are inherently or invariably exemplars of progressive ideas.

If we think about all of the innovative, ingenious and yes, progressive ways in which Bitcoin can be used as a tool to address issues like the climate, wealth inequality, equal financial access and general human freedom, we might wonder why Progressives aren’t heartily endorsing its growth and use. One way of accounting for this seeming dissonance is simply that Progressives are not always the paragons of progressive ideas.

In fact, contrary to common belief, Progressives do not have an authoritative, epistemic monopoly on what is or is not progressive. Capital “P” Progressivism is a politically committed identity; lowercase “p” progressivism is political in the sense that everything is political and has political implications, but it’s not an identity. You do not have to label yourself as a Progressive to believe in and advocate for progressive ideas. Lowercase “p” progressive ideas do not require an identity, nor do they bestow one. It’s the difference between something closer to a meritocratic marketplace of ideas and a top-down, dictated meritocracy sustained by purity testing.

Moreover, I think it’s worth questioning how much of the Progressives’ economic program is lowercase “p” progressive, in the sense of seeking to transcend or transmute current entrenched systems, and how much of it is just iteration on an FDR-style framework, utilizing the same set of tools that created the problems in the first place. In some ways, I think Progressives are forever seeking the perfect apotheosis of Rooseveltian policy, tinkering more and more extensively until class conditions are calibrated perfectly. I could argue that Republicans similarly attempt to resuscitate Reaganism, though the coherence, applicability and meaning of both of these frameworks get emptied out and distorted over time, like a generational game of policy telephone.

Progressives, like Republicans and more traditional Democrats, are seemingly shackled to old frameworks, mining them eternally for new solutions.

Years ago, when I was in law school, my constitutional law professor began his course by asking us if we wanted the blue pill or the red pill of constitutional jurisprudence. Those of us who got the reference enthusiastically opted for the proverbial red pill, which he was going to administer to us anyway.

The red pill — the truth behind the artifice, per our professor — was that the U.S. Constitution is an old, increasingly inapplicable document that was never meant to remain comparatively unchanged and religiously adhered to for centuries. Which isn’t to say it’s not useful, historically momentous and foundationally solid. Most other countries have modified founding documents at various points, as lived experience dramatically changes over the course of centuries and compels more relevant guidance and renewed compacts, while our Constitution has remained relatively fixed, particularly after the initial flurry of amendments.

I think being progressive means being willing to think beyond the increasingly dusty set of frameworks we’ve been living with and allowing our ingenuity to lead us down new paths. In this context I am constantly thinking of Supreme Court Associate Justice Robert Jackson’s admonition that “there is danger that, if the Court does not temper its doctrinaire logic with a little practical wisdom, it will convert the constitutional Bill of Rights into a suicide pact.”

Similarly, with respect to old frameworks and to partisan identities that are effectively shortcuts to thinking, doctrinairism is almost always an inhibition to progress.

So I care what Elizabeth Warren and her ilk say about Bitcoin only insofar as political perceptions matter in the short term for the type of regulatory environment we choose to create. But Warren and other Progressives do not get to dictate what is progressive by decree.

There is nothing more progressive, for example, than the work being done by folks like Troy Cross, Shaun Connell, Daniel Batten, Margot Paez, Nathaniel Harmon and so many others who are using Bitcoin as a tool for addressing climate change. Approval or endorsement (or the lack thereof) from Progressives does not change this.

To conclude, I think when we ask why Progressives don’t seem to take to Bitcoin — a technology that is inarguably pretty lowercase “p” progressive — we are presupposing that Progressives will always endorse progressive ideas. And I think this is simply not true, which is why I want to continue to press on what I think is a growing distinction between Progressivism and progressivism, particularly as it relates to economics and Bitcoin.

Though it may not be Progressive, Bitcoin is progressive. This is why, despite a warmer embrace from Republicans, Bitcoin does not belong to them. Classically Republican, Reagan/Bush-style family-values paternalism is, after all, still paternalism — just a different flavor than that of their political counterparts.

Ultimately, I think the stagnating two-party paradigm in America is precluding us from coalescing around promising tools — like Bitcoin — to address our most pressing issues. I think trying to claim Bitcoin for either side of the partisan divide is one of Naval Ravikant’s proverbial stupid games that yield only stupid prizes.

In my opinion, it is more useful to pursue lowercase “p” progressive values, meaning that which advances the highest aggregate quality of life and is not constrained by current systemic norms. This pursuit foregrounds ideas regardless of which partisan identity group feels more affinity for them.

This is a guest post by Logan Bolinger. Opinions expressed are entirely their own and do not necessarily reflect those of BTC Inc. or Bitcoin Magazine.