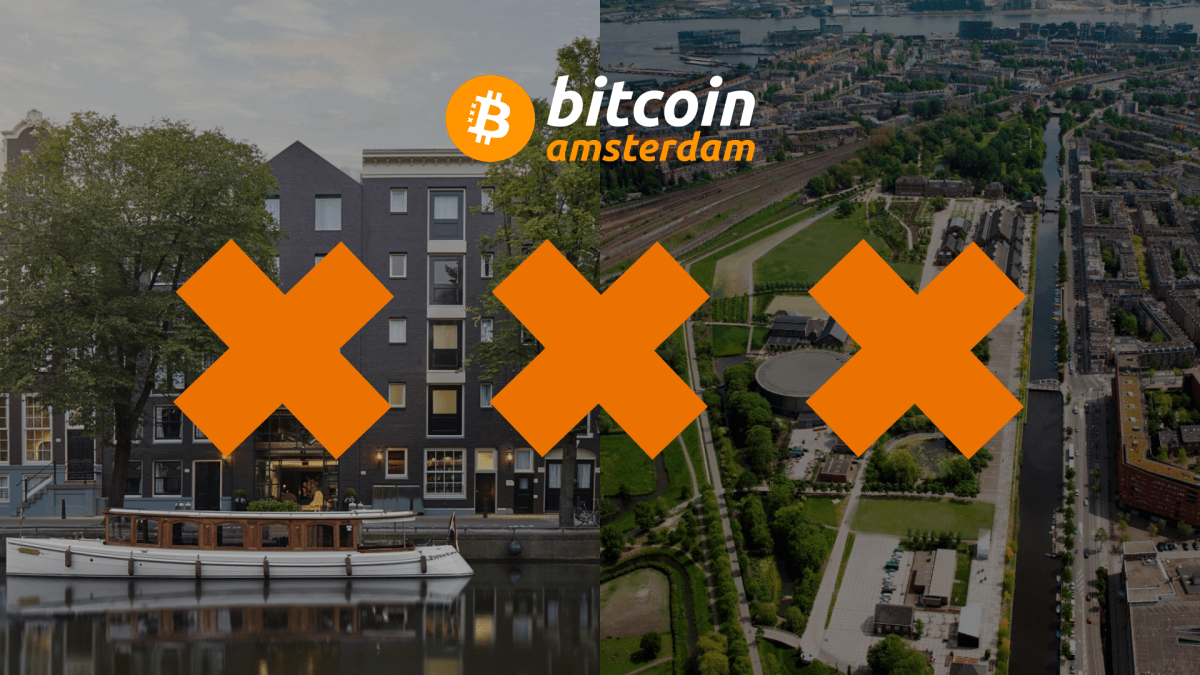 The first conference organized by BTC Inc. in the Dutch capital is the most popular Bitcoin-only event in Europe.

This is an opinion editorial by Federico Rivi, an independent journalist and author of the Bitcoin Train newsletter.

Disclaimer: BTC Inc. is the parent company of Bitcoin Magazine, and the Bitcoin Conference.

Bitcoin Amsterdam was a popular event in a symbolic city.

For a long time the European Bitcoin community had hoped for an inclusive event that addressed Bitcoin without scaring off newcomers. A Bitcoin-only event with talks and panels not too technical, accessible to a non-expert audience, was missing in Europe, and Bitcoin Amsterdam, for the first time, addressed this.

Amsterdam is the European symbol of freedom: Soft drugs are tolerated and sex workers are legalized. For this reason, the Dutch capital is an object of tourism from all over the continent. It is an ideal choice of location to talk about a tool steeped in libertarian culture.

1. The Lightning Network: The Future Is Already Here

It is often pointed out that the Lightning Network is still experimental. True, the protocol has only been in operation for four years and the amount of development that characterizes it is typical of technologies in an evolutionary phase, but it can be said today that Lightning works well for its intended purpose.

At Bitcoin Amsterdam it was possible to buy anything in bitcoin — food, drinks, alcohol and gadgets — via Lightning. Merchants were provided with the Lightning wallet from IBEX Mercado — the payment sponsor of the conference — allowing everyone to choose whether to pay in euros or sats. Many participants used Zeus, one of the most popular Lightning wallets, to connect their smartphone to their Lightning node. Others used Blue Wallet, Muun Wallet, Wallet of Satoshi or Phoenix. The result was that over the three days of the conference, purchases and sales in sats reached a total value of 1.56 bitcoins (or 156.8 million satoshis) with almost 4,000 transactions.

This was with zero glitches. Lightning payments worked, just as fast as those made by card. And for physical card lovers, participants were given a prepaid card with satoshis at the entrance, with which to pay via contactless NFC.

By attending speeches and panels a pattern could be discerned. Bitcoin has long been used as a tool of freedom: Freedom of payments and speech, freedom from the debt spiral, from the effects of misinformation and from oppressive regimes.

The first major organization to accept bitcoin for donations in 2011 was WikiLeaks. This is the website through which Australian journalist Julian Assange revealed, among thousands of other documents, war crimes committed by the U.S. military in Iraq. Sadly notorious, in this respect, is a video in which American soldiers blatantly kill civilians. Today, Assange concretely faces extradition to the USA after years of media mud-slinging, sham trials and inhuman detention.

After the release of the video, the big payment networks — Visa, Mastercad and PayPal — had denied their service to WikiLeaks and bitcoin had thus become the immediate alternative.

“Bitcoin is trying to fight censorship in a very similar way to how WikiLeaks did it, using cryptography. Julian was an incredible pioneer and changed the way journalism was done. Julian was a cypherpunk, a cryptographer and understood that mainstream newsrooms had no idea how to protect their sources when operating on the Internet.”

In his talk, Greg Foss explained how the contemporary economy is essentially a scam. To make it sustainable, he said, the world’s GDP would have to grow by 12% a year. By not growing at that rate, we are forced to take on more debt and this increases interest, which makes the required growth rate even higher. According to Foss, the debt spiral we are living in is a real Ponzi scheme and bitcoin is the way to get rid of it.

4. Bitcoin Offers Freedom From The Effects Of Misinformation

In the panel “Bitcoin's Media Problem,” Jemima Kelly — a Financial Times columnist known for having published numerous articles against Bitcoin — said that, „Bitcoin cannot be separated from crypto, so it is not scarce,“ and that it cannot be considered the standard because, „There are cryptocurrencies with better features: Monero, for example, is more private.“ Both claims have been disputed in Bitcoin Magazine — the first recently, in response to an article by Kelly, and the second back in 2020 by Giacomo Zucco.

Fortunately Bitcoin does not depend on what is written about it. It does not suffer from external propaganda such as environmentalist concern. Unlike other cryptocurrencies — which due to their centralized nature have to appeal to public opinion in order to thrive — bitcoin disregards mainstream media FUD and moves on, one block at a time, ignoring the background noise.

Finally, at the event, Alex Gladstein interviewed Leopoldo López, leader of the Venezuelan opposition against the communist regime of Nicolás Maduro. López explained,

“Using Bitcoin for many people is a luxury … one choice among many. In places like Venezuela — where the vast majority of the population does not have a bank account and has no access to any alternative — bitcoin is an alternative that people can adopt to access finance and transfer money.”

According to data shown during the panel, 10.3% of the Venezuelan population held cryptocurrencies in 2021.

If you find yourself seeking to experience the best the Bitcoin community has to offer, consider purchasing tickets to Bitcoin 2023, to be held in Miami May 18-20, 2023.

This is a guest post by Federico Rivi. Opinions expressed are entirely their own and do not necessarily reflect those of BTC Inc or Bitcoin Magazine.