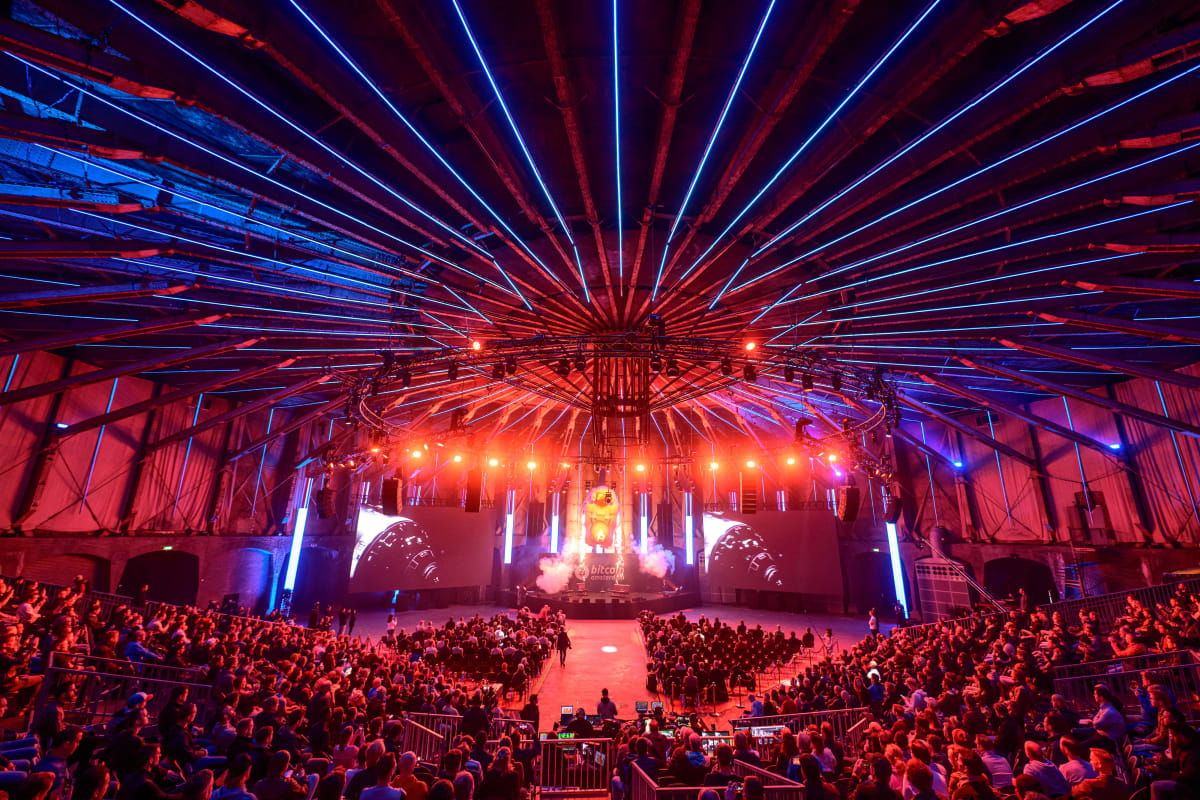 After the first day of Bitcoin Amsterdam, it’s clear that Bitcoiners remain optimistic and convicted despite global economic turmoil.

This is an opinion editorial by Adam Taha, an entrepreneur with two decades of government and corporate finance experience. Disclosure: Bitcoin Magazine is owned and operated by BTC Inc, the organizer of Bitcoin Amsterdam.

Speaking from the party after day one, Bitcoin Amsterdam is grand. BTC Inc knows how to throw a party in Miami, as we’ve all seen the huge success of the annual Bitcoin conferences there. Now, BTC Inc has gone to Europe.

I have to admit that, when I first heard about the conference in Amsterdam, I had some doubts. I was wrong. Sitting here at the Westergas venue, I can see the amount of enthusiasm and excitement about Bitcoin. Businesses, journalists, attendees, entrepreneurs and others are all excited about this conference.

Plan B As Europe Scrambles

The backdrop for this Bitcoin conference is utter confusion in the British and European fiat systems. EU lawmakers are finalizing a deal for a bill aimed at Bitcoin, and the Bitcoin conference comes now as a form of response to that bill. People of all walks in Europe are here in Amsterdam to send EU lawmakers a message, loud and clear: People want Bitcoin, and no bills can silence that.

In addition, one of the world’s largest central bankers’ events (Sibos) is being held just six miles from the Bitcoin conference. One can only imagine their frustration as their system crumbles in slow motion. Not to forget, the chaos in the U.K. as Liz Truss confirmed today in the House of Commons that she “will not cut public spending.” Minutes later, Chris Philp (the U.K. chief secretary to the treasury) confirmed that the announced tax cuts will not be reversed. Many observers including myself are scratching their heads wondering where will the money come from if they’re not cutting spending nor reversing tax cuts? The fiat system is broken and central banks can’t fix it. With the U.S. inflation and consumer price index (CPI) prints due tomorrow, Bitcoin’s case will only get stronger and central bankers will only get weaker as they venture further into chaos.

Today, I met people from Lebanon, Germany, Italy, Turkey, Morocco, Sweden, Iceland and many other places, all brought together by Bitcoin. What stood out to me was how much Bitcoiners were eager to help each other. Some were talking about their experience with Lightning Network payments, others were talking about entrepreneurship ideas, some were talking about mining, others were discussing various techniques for running their own nodes. This is not unusual for Bitcoiners, of course, but it was very vivid today because this conference is the first of its kind in Europe with most of the attendees having never been to the conference in Miami. That desire to help one another, connect, guide and exchange ideas without looking for something in exchange is truly unique and refreshing.

It was also powerful to watch Greg Foss speak. He outlined in very simple terms how Bitcoin is mathematically inevitable, and how fiat is unsustainable. One unique exchange I had was inside the expo hall with an older and wonderful lady from Amsterdam named Brechtje. She told me that she had no idea how Bitcoin worked or how to use it but she’s attending out of curiosity and to learn more.

The first day of the conference was a huge success, and the second day will be filled with more activities and events, plus more enthusiasm. I believe this is the start of something great and perhaps even more Bitcoin conferences in several other EU cities, in addition to maybe conferences in Asia and Latin America in the future, who knows. For a few minutes, I lost myself in a conversation with other Bitcoiners about the pros and cons of various other cities around the world to hold a Bitcoin conference in, with the same excitement one gets talking about vacation or a promotion or a new adventure. Every Bitcoiner wants to be an ambassador for Bitcoin. We reminded ourselves that for now, Amsterdam is the perfect place to be to support Bitcoin and observe the fiat system implode.

This is a guest post by Adam Taha. Opinions expressed are entirely their own and do not necessarily reflect those of BTC Inc or Bitcoin Magazine.