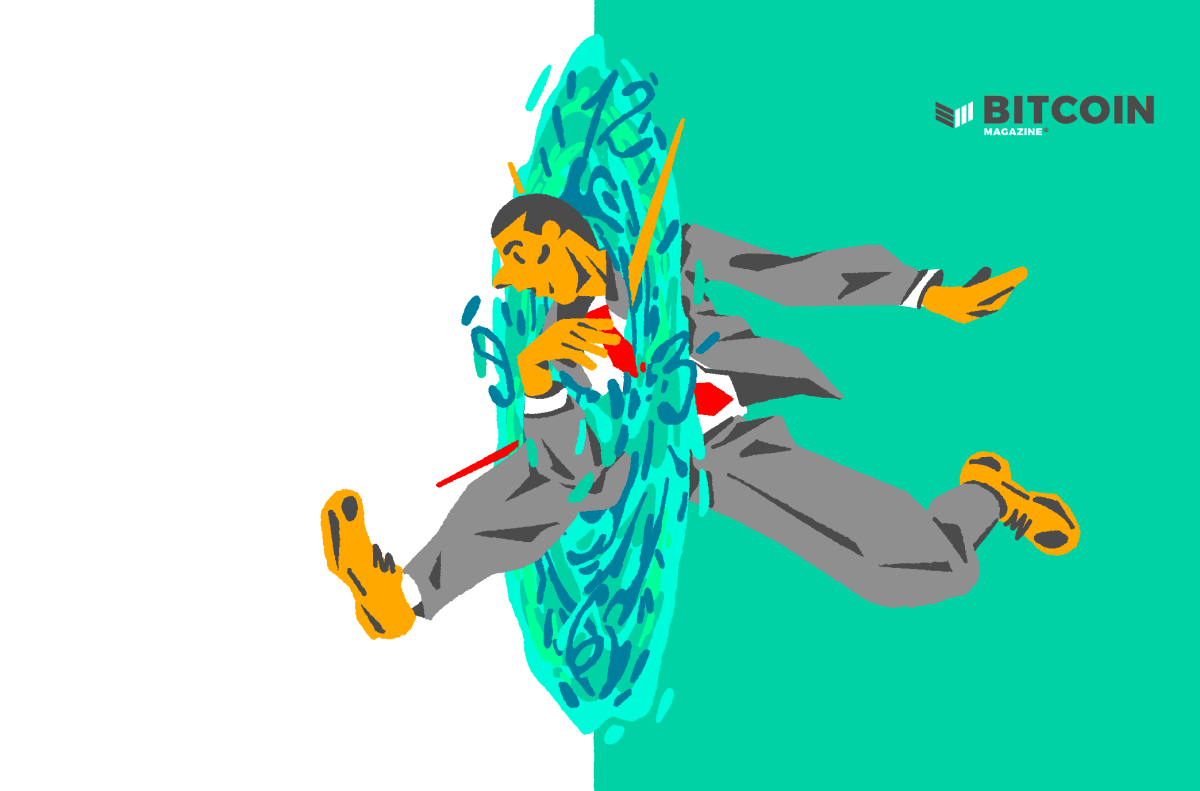 The traditional path American society set out for you is designed to suppress you. Bitcoin frees you.

This is an opinion editorial by Eric Podwojski, an account manager at Bitcoin Magazine.

December 2019 — I was sitting in my manager’s office getting ready to have a discussion about a possible promotion, year-end bonus and salary raise. At the time, I was almost two years out of college in my first high paying job out of school. I was working as a civil engineer designing gas pipelines outside of Washington, D.C.

My manager at the time was a well respected professional engineer with more than 15 years of experience. He slipped me a torn piece of yellow paper at the beginning of the meeting that stated “8.2% + $500 + Sr. Design Engineer.” That was my reward for almost two years of hard work and dedication at this engineering firm. I wanted to scream in his face but decided to calmly explain how a typical promotion salary raise is 10-20%, inflation runs at least 2% per year and the bonus is appreciated but not significant. His response was “meh,” and I left that meeting realizing this system I played into my whole life was designed to keep me down. I was ready to change that.

Before I get into Bitcoin and the path to changing the situation I found myself in by following the traditional American system, I am going to paint you a picture of how I was raised in the system.

I grew up in a suburban, predominantly white, middle-to-upper class neighborhood. I have 2 loving parents that were always there for me to drive me to sporting events and gave me anything I ever asked for. I attended one of the best public school systems in the state and graduated top 10% in my class. The system I grew up in treated me very well so I never thought about the downsides. I was accepted into Penn State University where I elected to study engineering starting in 2014.

From 2014-2018, I put in the hard work necessary to obtain a Bachelor’s degree in energy engineering. I also joined a fraternity and partied nonstop. I even joined a few clubs including the Blockchain Club (the motivation that persuaded me to buy bitcoin for the first time). Again, I was following the path the system laid out to me because it treated me so well.

Fresh out of school in 2018, I landed a job at an engineering firm as a design engineer. The pay was nothing like I ever experienced before. I was pumped! As the years went on, I began thinking about the path this job would take me. The firm made the career progression very clear. About every 2 years you would get promoted with a salary raise with the hopes of climbing the corporate ladder into a VP role 20+ years down the line. This sounds great in theory, but I also knew from a previous engineering mentor that once an engineer begins making too high of a salary, the company typically lays them off and replaces them with a cheaper and younger engineer. As I sat in my first promotion meeting, this thought occurred to me. I knew the system I was participating in did not have my best interest in mind.

In 2020, I began self educating myself more in personal finance. I learned that the reported CPI inflation is not necessarily correct and true inflation was probably higher, especially as the U.S. government began flooding the monetary system with trillions of dollars to deal with the COVID-19 pandemic. I learned that no matter how well I performed in my engineering job, I would not get ahead of inflation. I would live a life collecting new titles without actually getting paid the amount to live a substantially better life.

Fast forward to the beginning of 2021, the Bitcoin price starts rising out of a bear market. I had been investing into Bitcoin since 2017, so at this point I had a decent sized stack. As my net worth was rising in dollar terms, I took a snowboarding trip out to Jackson Hole, Wyoming. That week out in nature helped me clarify my thoughts around my professional career. When I returned from that trip, I immediately put my two weeks in at my engineering job.

In a state of immediate action and focus, I completely immersed myself into Bitcoin with the intention of switching career paths into this new exciting industry. I already knew the basics of Bitcoin and economics at this point, but I dove further down the rabbit hole. I educated others about Bitcoin to clarify my own understanding while networking with everyone possible in the Bitcoin space. I eventually applied to a few Bitcoin companies and landed a role on the business team with Bitcoin Magazine.

How You Can Break Free

Breaking free from the system I participated in my whole life was the best decision I ever made. Here is how I did it with a guide on how you can too.

Step 1. I Had Plenty Of Savings.

The very first thing you should do is know exactly how much your monthly expenses are. Next, save up enough cash or bitcoin to live off of for at least the next 6 months if you were to not have any income. I personally had more than 12 months of savings which provided me security.

Step 2. I Made The Leap And Quit My Job.

A pillar of the Bitcoin protocol is proof-of-work. If you want to work for a Bitcoin company alongside other amazing Bitcoiners, you have to prove you are worth hiring. If you do not know how to code, proof-of-work can take the form of starting a Bitcoin-related podcast, newsletter, Youtube show, etc. Do something for Bitcoin.

As you are proving your work for the Bitcoin network, do something for your personal network. Hop on Bitcoin Twitter, Telegram group chats, attend in-person meet ups and conferences such as the Bitcoin Conference. Send other Bitcoiners thoughtful DMs. Lend your free time to help people. I found Bitcoiners are very willing to give back if you are genuine.

Step 5. I Applied To Bitcoin Magazine.

Nowadays, there are job boards dedicated to hiring Bitcoin talent. Keep your eye on job boards and apply to any position that peaks your interest. It does not have to be the perfect fit as you can usually move around in a company or use it as a stepping stone for a future Bitcoin job. I recommend using BitcoinerJobs.com for finding open positions with great Bitcoin companies.

Step 6. I Relentlessly Followed Up With Hiring Managers.

Once you apply to a position, find hiring managers in the company on social media and reach out. Starting a conversation with hiring managers immediately puts your resume to the front of the stack. Here is a screenshot from my conversation with CK — general manager of Bitcoin Magazine as an example. Note, I built up previous rapport with CK so he knew I was worth recommending.

I hope this article helped open your eyes to the system you are living in and provided proof that there is a way to break free. I plan to continue building on Bitcoin through Bitcoin Magazine and my own personal Bitcoin educational content for others. Now is your chance to break free from the system to work in a fun and fulfilling emerging industry. Your life can be drastically different if you start taking action right now!

This is a guest post by Eric Podwojski. Opinions expressed are entirely their own and do not necessarily reflect those of BTC Inc or Bitcoin Magazine.