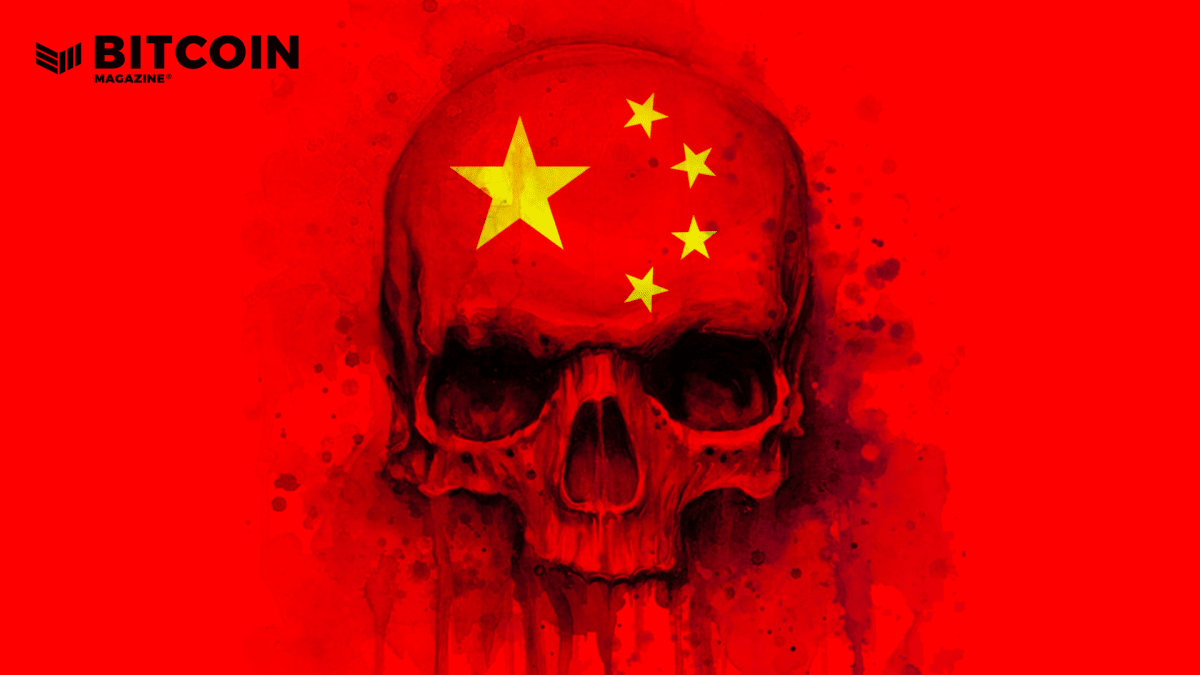 There is historical precedent for China’s resistance to bitcoin, a money that enables freedom and individual pursuit of capital.

Much like the tragic figures of Greek mythology, China has a long and storied history of snatching defeat from the jaws of victory. Its ruling class, in particular, has always had an insatiable appetite for self-flagellation. Banning bitcoin is just the final chapter of this sad and destructive story.

Blessed with an abundance of natural resources, a massive population and full access to the South and East China Sea along its 9,000-mile coastline, China was perfectly set up to be the empire of all ages.

And for almost 2,000 years it dominated the region.

Long before the English and Spanish, China built entire fleets of treasure ships capable of traversing the far corners of the earth — capable of even reaching the New World, centuries before Columbus took sail.

Had things been different, America could well have been subject to the emperor instead of the king, and Mandarin would be the world’s predominant language, not English.

But this was not permitted to happen.

Spurred on by jealousy, fear and spite against its own budding and prosperous merchant class, the ruling elite — aka the central planners — ordered all ships be set on fire. An act of pure self-immolation as it turns out.

This stranded the Chinese people, unable to explore the outside world, and left them isolated and vulnerable to the horrors of the Opium Wars that colonial Britain brought to their shores.

The next cabal of central planners to wreak havoc and destruction were the Communists under the master planner himself, Chairman Mao. And again, the target of their wrath was an up-and-coming middle class. This time the productive farmers from China’s countryside were the sacrificial lambs for slaughter.

Society having been uprooted, millions of peasants were then collectivized and forced into labor camps to produce crop yield. Of course, starvation soon followed and millions perished. Unsanctioned possession of just a grain of rice was justification enough for the execution of entire families.

In fact, with the dawn of the internet, the central planners were at it again. Paranoid from fear that their power could be challenged, a digital firewall was erected. Much like the Great Wall of China from centuries ago, this wall was meant to keep its population captive, docile and sheltered from any potentially corrupting outside influence. Unwanted speech is censored and the crimes of the past cannot be discussed.

How else could a society prostrate itself at the altar of a genocidal maniac, the exterminator of its forefathers? To this day, Mao is worshiped as a god. And so, the fading memory of these atrocities and even the estimated 50-100 million dead1 weren’t sufficient to put an end to the vicious cycle.

No, the central planners were just getting started.

That’s right, China’s butchers had been gearing up for their next amputation.

Perhaps the most devastating, self-mutilating and masochistic decision of all was the one-child policy. Here’s the sickening recipe: command women to stop bearing children (for the common good, of course) and decimate the population by several hundred million more. By 2050, the Chinese population is expected to be cut in half.

Next, to add humiliation to injury, print money to artificially depress the country’s currency, making production cheaper and enslave the population as factory workers in order to boost economic activity and offset the demographic slow-down.

The excess cash is then (as always) misallocated and floods into pointless real estate projects. Oftentimes, homes, apartments and buildings aren’t even purchased to live in. They’re purchased as stores of value — somewhere to seek shelter from the rapidly inflating money supply. This is how China’s “ghost cities” came to be; crumbling and decaying monuments to the unborn and aborted millions.

And so, between collapsing demographics, a bursting real estate bubble and a zero-COVID lockdown policy (another humdinger of the central planners), China finds itself on the precipice of a potentially crippling financial crisis.

The money printers must therefore run even hotter, stealing what little is left of the people’s productivity from underneath them and causing increasingly devastating calamity by inflating bubbles throughout the economy.

Thus, every fatal mistake along the twisted and winding path, a consequence of the nihilistic and ultimately deadly belief in central planning.

And this is where that path leads to: banning bitcoin — a pure outgrowth of the free internet and rejection of centralized power, an essential tool to combat the coercion of fiat.

The central planners are of course denying this. When cornered at this summer’s WEF event, Premier Li Keqiang made some noises about lockdowns potentially being loosened, but was vehemently outspoken against stimulus injections and inflation:

“We won’t resort to super large stimulus or excessive money printing to accomplish a high growth target. That will overdraw on the future.”

This promise is not only empty, it is in fact a brazen and obvious lie for the following four reasons:

1. Money printing is not optional in a fiat system.

Over the past 20 years, China’s M2 money supply has inflated an average of 14% per year. That means the money supply has doubled every 5 years! With a total debt/GDP ratio of over 300%, the compounding of interest demands more and more printing. That’s how a debt based fiat system works.

Money is circulated into the economy through the issuance of debt. Servicing the interest on this debt is only possible through, you guessed it: more money printing, i.e. debt creation.

Rinse, wash, repeat. It’s the snake eating its own tail.

And structurally, there’s no reversing or even tempering this. The system is built on a one-way track where it’s inflate or devastate. Not that the central planners really mind devastation, except that…

This goes double for a centralized power structure that relies heavily on coercion through money printing to bend the population to its will. It’s no coincidence that paper money was first developed by China’s central planners.

The recent liquidity crunch has already led to bank runs and even demonstrations, which are exceedingly rare in China. But not to worry, military tanks were quick to respond, ready to quash any sign of insubordination in echoes of Tiananmen Square.

Even worse for the central planners, record numbers of homebuyers are refusing mortgage payments in over a hundred cities. The contagion started with Evergrande last year when it defaulted on a large part of its $300B debt mountain. The property sector which accounts for 30% of economic output is now under threat.

When things go bad at this scale, social unrest is never far behind. The CCP knows this and has instructed banks to bail out struggling property developers, aka more money printing.

Money printing is famously a race to the bottom. Whoever devalues the currency faster has a competitive advantage. That’s because domestic goods become relatively cheaper on the international markets. China has used this to great effect, consistently pushing the yuan lower in order to boost its exports.

But why not just shift to a consumer based economy and let the yuan strengthen? As discussed, China’s recently abandoned one-child policy is forecast to cut the population in half within the next thirty years. There won’t be enough of a population left to sustain this type of transition. Also, a consumer based economy means letting people actually choose what they want. Something central planners can’t begin to fathom.

And finally, if money printing really isn’t on the table, why close off the fire exits? China is one of the only countries that maintains a complete ban on bitcoin, including ownership, and has some of the strongest currency controls to prevent capital flight.

Instead of bitcoin, China’s central planners are of course doubling down on the digital renminbi which gives them almost unlimited control over the population and tightens the noose even further.

Does that sound like money printing isn’t in the cards? (Rhetorical question).

The central planners are thus, as always, busy locking the gates, battening down the hatches and sealing off all possible avenues for escape.

Bitcoin, as the ultimate tool for self determination, cannot be tolerated.

Much like the Great Wall, the digital firewall, or the torching of treasure ships, central planners must isolate their victims and cut them off from any hope of salvation.

Then they can have their way with them, undisturbed.

The (central) plan is incineration through inflation. Because when things go wrong, just print some more!

1. The fact that the number of dead is unknown reflects the complete horror and utter chaos of the times.

This is a guest post by Andrew Axelrod. Opinions expressed are entirely their own and do not necessarily reflect those of BTC Inc or Bitcoin Magazine.