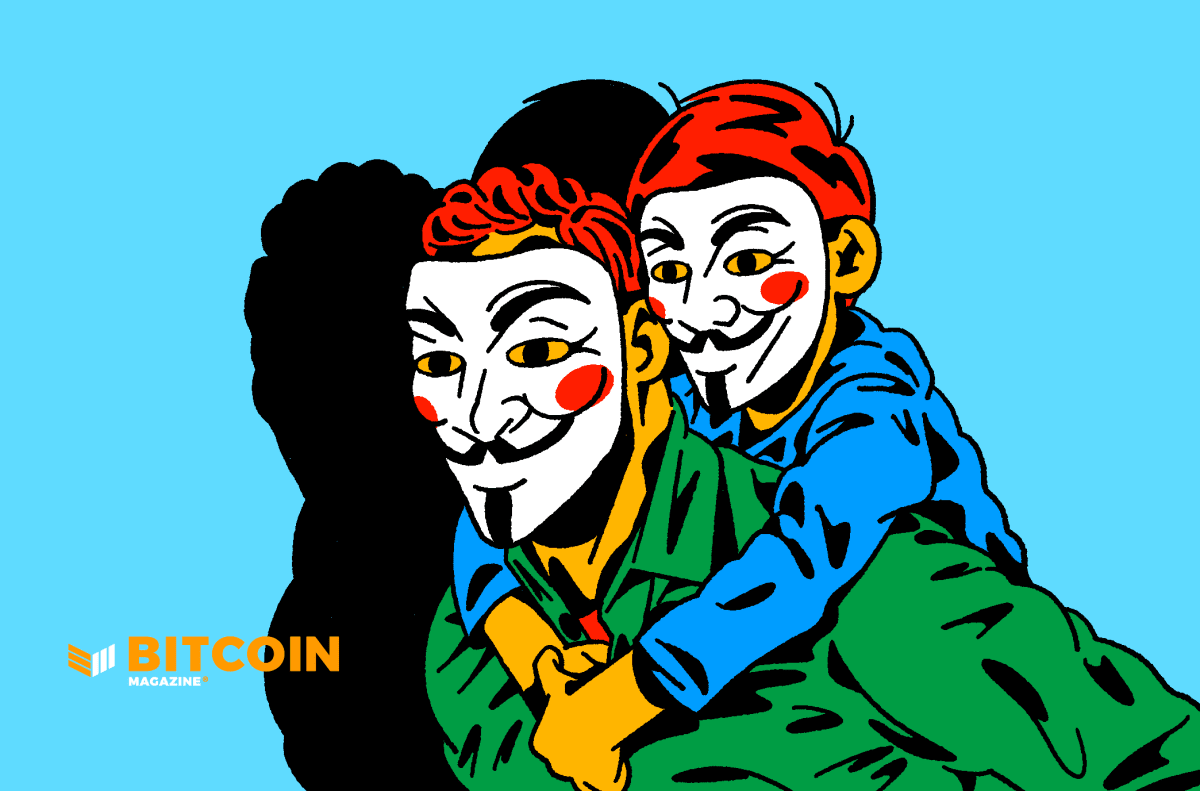 This Father’s Day, Bitcoiner dads are encouraged to remind themselves to raise sovereign individuals through proof-of-work parenting.

This is an opinion editorial by George Mekhail, the director of marketing for Bitcoin 2023 and co-author of “Thank God For Bitcoin.”

Becoming a dad is easy. Most men in the U.S. have done it. Simply becoming a dad isn’t that impressive. Congrats, you’ve participated in the miracle of procreation, doing one of the things you probably enjoy most. But now what?

It’s only after the child is born that things become a real challenge for dads, unlike moms who start experiencing monumental life changes several months prior. Any dad who has some level of humility and self awareness will admit that there was trepidation and uncertainty when their first born entered the world and the Bitcoiner dad knows that, at first, there isn’t much proof of work that can be claimed for their child.

The intense feeling of inadequacy that first-time dads experience can be a little embarrassing, but thankfully, it doesn’t last long. Life itself has prepared you for this moment! Your DNA has instructions encoded within your very being, outlining what to do next. Still, the daunting realization that you now have another entire human being to care for is a nearly-universal sentiment for new dads which beckons the question: Now what?

From Dad To Father

You take the kid home and the feelings of inadequacy begin to give way to a more profound and inescapable sense of duty. The response to this calling is when dads consciously and gladly embrace the responsibility of fatherhood, when they accept the challenge that is more than simply becoming a dad. There is a decision that is required to graduate from being a dad to claiming the honorific of father.

Unfortunately, many dads delay this decision or disqualify themselves through neglect or abuse. Some begrudgingly attempt to skate by in doing the bare minimum out of a sense of obligation and with much bitterness and contempt for the child. But those of us who accept the natural challenge to love and care for our offspring are rewarded and endowed with gifts that we didn’t know we possessed. Suddenly, intuitive powers emerge in the father as if they were handed down from our ancestors. Gifts we learned from our fathers and role-models as well as deep-seated wisdom we’ve absorbed from our life experiences. In between diaper changes and sleepless nights, we can now claim a less-embarrassing level of contribution to ensuring the health, safety and wellbeing of this little creature.

Neat, you’ve graduated from being a dad to now readily embracing the responsibility of fatherhood. Not easy! But let’s be honest, you still haven’t really done much. You certainly haven’t done as much as mom. And not that it’s a competition, but at this stage, it’s just a fact.

Again, the Bitcoiner father is not satisfied with his contribution so far, we know deep down that our participation in this equation demands more of us if we are to accept a “Happy Father’s Day” every June and retain our integrity. We spend many of the sleepless nights contemplating what will become of this child. How will we steward this immense responsibility? How will we guide them in an uncertain world as they grow and mature before our eyes? This is the next step of effective fatherhood. At this stage, when you ask “now what?” you are hit with the sobering reality that it’s time to become a parent.

The graduation into parenthood isn’t a leap that everyone makes. Many get stuck executing the day-to-day business of mere fatherhood. For some, that means ensuring the physical safety and wellbeing of the child and providing for their practical needs. In a sense, this is honorable and a more significant contribution to the circle of life than many dads can claim. But perhaps our calling requires more of us than just sustaining life or making sure the kid doesn’t run out into a busy street. The evolution from fatherhood to parenthood means actively guiding and desiring your children to become better versions of you.

Parenthood is hard work that includes daily difficulty adjustments. I’d say it starts around the time your kid begins forming sentences, and then really accelerates when they can feed themselves. It’s almost like this subtle hubris forms in the child and they get these ideas that they don’t need you anymore because they can now pour their own bowl of cereal. A parent’s response to this affront requires supernatural patience, which is continually tested from that moment onward.

My kids are sovereign individuals in training. I recognize my authority in their lives as their father while balancing the responsibility of raising them well as one of their parents. In fact, any authority I claim is far less effective if I haven’t earned their respect. Being sincere in my desire for them to exceed every aspect of my own life is my goal. Conveying that desire through action requires my consistent participation in their life. I’m not their BFF, I’m their father. I’m not their homie, I’m their dad. And until they become independent of me and their mother by standing on their own as truly sovereign individuals, I’m their parent.

The world is only becoming more uncertain and in the face of such uncharted territory, there are few responsibilities more essential to human progress than effective parenting. Being honest and transparent with your kids is key. Teaching them the realities of the broken systems of our world and not sheltering them from its uncomfortable trajectory is essential, despite how dark and treacherous that can be at times.

Thankfully, Bitcoin parents can offer practical hope for their children through the emergence and global adoption of sound money. Our children are not only beneficiaries of our conviction, they are becoming co-collaborators in our quest for hyperbitcoinization. If your goal is to someday leave this world in better shape than how you found it, perhaps the best way to do that is by focusing on parenting your children in an effort to exceed you as an individual in every way possible. You are not in competition with your child, you want them to be better than you. This is evolution 101.

There’s a bit more to it than putting a roof over their head and food on the table. There is immense joy in meaningfully contributing to the success of the next generation by embracing your role as dad, father and most critically, as a parent.

This is a guest post by George Mekhail. Opinions expressed are entirely their own and do not necessarily reflect those of BTC Inc or Bitcoin Magazine.

What American Independence Looks Like When Secured By Bitcoin